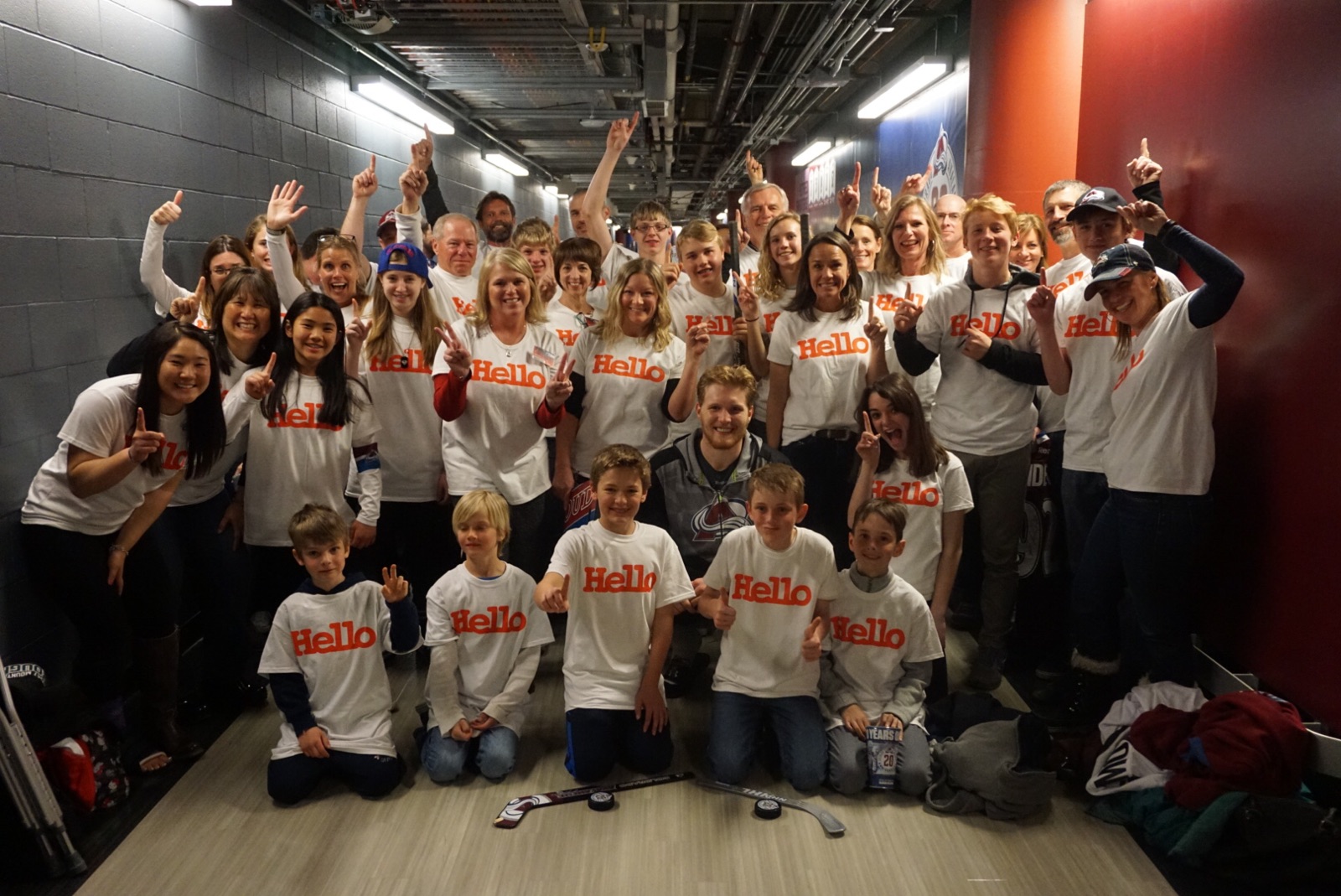 We stood Together Against Bullying with the Colorado Avalanche

Yesterday Colorado Avalanche met Philadelphia Flyers at an almost sold out Pepsi Center. Close to 18,000 visitors were given many opportunities to learn about Friends and support our bullying prevention work. 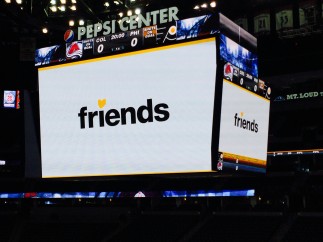 At the pre-game event our president Pernilla Ravik Johnson introduced Friends and how we work. John McKibbon, Executive Director at Arvada Hockey Association shared the club’s experience of implementing the Friends Program. The winner of the signed Avs Jersey was announced.

It was hard to miss our presence on the jumbotron.

Gabriel Landeskog talked about Friends in videos produced specifically for this evening. In a live interview, Pernilla Ravik Johnson spoke about our work. The announcer introduced part of the Friends team, as we were waving at the camera. The crowd was informed that half of the proceeds from the 50/50 raffle ticket sales were being donated to Friends Colorado.

Gabriel Landeskog met with our volunteers to take pictures and thank them in person. Two happy teenagers each received a signed hockey stick for selling the most tickets. 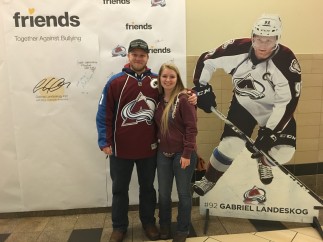 Our Pledge Wall got filled with signatures. Many people followed Gabriel Landeskog’s lead and signed the Together Against Bullying.

Parts of the proceeds from group tickets sold to the night Together Against Bullying were donated to Friends Colorado.

The Colorado Avalanche donated club level tickets to us. Friends’ sponsors who bought these tickets were treated to a private suite.

Post-game our sponsors were invited to an exclusive setting where Gabriel Landeskog casually answered questions while autographing items and taking pictures. One of our sponsors won a hockey stick, which Gabriel signed in person.

Together with the Colorado Avalanche we are already planning next season’s event! 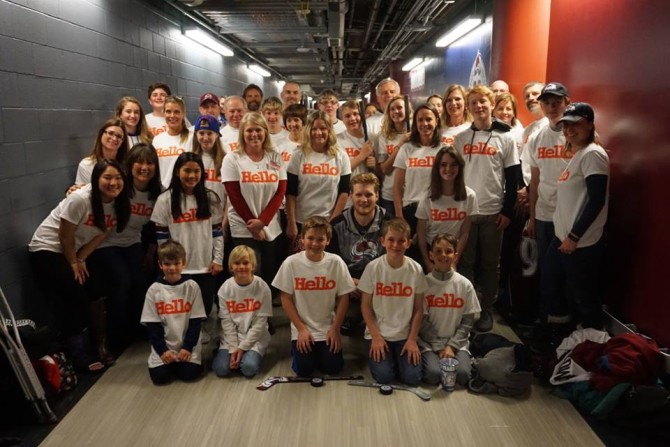 ENAVATE partners with Friends Colorado and donates $10,000 Why focus on Prevention is important – with 9News Avs vs. Blues and Meet & Greet with Landeskog Hestra fundraises $5000 for Friends Colorado at their grand opening Back to School with 9News January 19th 2019! Swedish Heritage Day with the Colorado Avalanche Friends’ initiative World Anti-Bullying Forum in Ireland 2019! Hello and Good Morning Vail! Fly Icelandair and Support Friends Colorado CAHA and Friends Colorado take Next Step to Stop Bullying